In May 2022, SRM with support from 22 VCU offices, 7 federal agencies, 6 outside parties and the Virginia Department of Radiological Health successfully replaced the old research irradiator at Massey Cancer Center, which was aging, inefficient and costly to maintain. The new equipment offers the same capability without using radioactive materials. This effort enabled Massey to transition from a National Cancer Institute-Designated Cancer Center to a NCI Comprehensive Cancer Center.

In 2017, SRM began work to secure federal funding for decommissioning of the irradiator and to support the purchase of an inherently safer replacement device. Over the past five years, significant renovations had to be made to the space that housed the irradiator to meet technical specifications and installation requirements. Additionally, SRM had to comply with regulatory requirements and coordinate with numerous federal agencies and VCU departments to remove the irradiator. The COVID-19 pandemic also delayed the project as international contractors were unable to travel until recently.

The new irradiator offers a variety of benefits. Estimated monetary savings include: more than $1 million in removal and disposal costs; $135,000 federal reimbursement towards the cost of replacement equipment; and an additional $5,000 for completing semi-annual reports on the operation of the new equipment. Researchers benefit from using more efficient, less time-intensive equipment. The new equipment will also be more accessible and safer for study and research. Additionally, VCU has reduced its risk profile and can shift the efforts formerly spent on the enhanced radiological security program to emerging risks, such as lasers and radio frequency safety.

Congratulations to our recent SRM graduates

Sara Adams, radiation safety specialist who supports radiation safety at the university and health system, began working at VCU in 2017. Previously, she served in the U.S. Navy for eight years and worked in an industrial setting for 10 years performing radiation monitoring and safety tasks. While working for VCU, Sara earned her associates in applied science in technical management from VCU in summer 2022. Sara plans to further her education at VCU and is interested in potentially pursuing a Bachelor of Science degree. 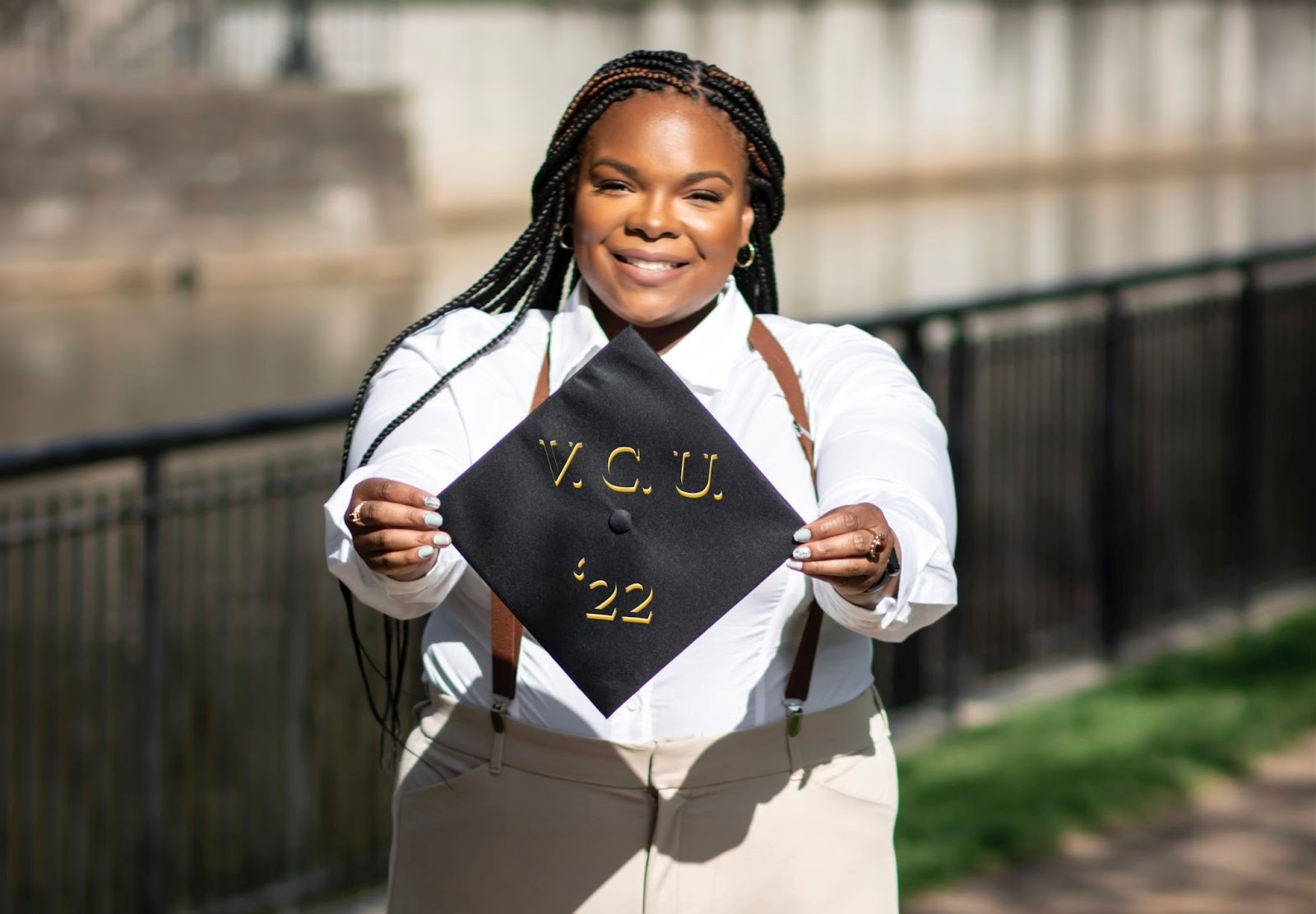 Kabrina Tippett, occupational safety compliance specialist, started her career at VCU as a student earning her Bachelor of Science in chemistry with a minor in mathematics in Spring 2017. During this time, she also earned a professional chemist certification from the American Chemical Society. Prior to graduating, Kabrina contacted Larry Mendoza, laboratory safety officer, chemical safety, about summer internship opportunities, and has been with SRM ever since. While working full time for SRM, Kabrina earned both a post-baccalaureate certificate and a Master of Arts in homeland security and emergency preparedness from the L.Douglas Wilder School of Government and Public Affairs in Spring 2022.

Prior to joining the SRM team, Carl-Heinz Wyzisk served in the U.S. Army for five years and then the U.S. Air Force for six years. During his military career, he was stationed in Greece, Germany and Saudi Arabia, participating in the Persian Gulf War. He then moved to Richmond and worked at Red Wing Shoes for 17 years as a salesperson, route driver, store manager and cobbler. In 2020, Carl began pursuing his Bachelor of Arts in homeland security and emergency management at VCU and graduated in spring 2022, with honors and made the Dean’s list, at the age of 58. In January 2022, Carl joined the SRM team and will soon be hired as a fire safety technician. Carl says, “I have learned a tremendous amount in different fields and made a few friends, but the thing I have found is one of the best places I have ever worked.”

Join us in congratulating Kabrina and Carl on their recent graduation.

Snake on a parking deck

Who you gonna call when there’s a snake in a VCU parking deck? Larry Mendoza, laboratory safety officer, chemical safety, who is a member of the Virginia Herpetological Society and is certified to handle venomous snakes.

When Larry received the call from Paul Thrift, superintendent for grounds, about a snake in the first floor of the Bowe Street Parking Deck, he immediately identified it as a copperhead snake. He then instructed the grounds team to contain it under a bucket until he could arrive to safely remove it.

With support from Travis Anthony, lab safety technician, chemical safety, they coaxed the snake into the bucket and transferred it to a tote with a lid. Larry then relocated the snake to an area nearby where it can live out its days in its natural habitat.